As the UK relentlessly pursues reductions in its carbon footprint, it is clear that zero emission vehicles have a key place in the future of fleet transportation, but government cuts make the timescale unclear.

A report from EDF Energy highlights some of the benefits expected from electric cars such as lower running costs, reduced noise pollution, free parking and creating a cleaner environment. With those benefits in mind, the government offered significant incentives to encourage the public to make the switch. Officially, the target is to increase the number of electric cars on the road from 1 in 100 to 1 in 3 within 8 years but the incentives are already being withdrawn.

On the face of it, electric vehicles negate the need for the Fuel Card Services used by many businesses but in fact both fuel card and fleet industries have reacted with disappointment and frustration at the cuts.

The cuts relate to grants toward the purchase costs of new plug-in cars and vans. Ministers have announced a reduction in the grant toward electric car purchases from £3000 to £2500. Eligibility rules have also been tightened. Considering that many prospective buyers have also have been hit financially by the Covid-19 pandemic, the reduced support could be a significant disincentive to switch. The fuel card industry can easily extend their services to EVs, so regard anything that hinders fleet investment as a negative development.

Fleet industry experts warn that other G7 nations are continuing to provide incentives so the UK risks being left behind. The lack of advance warning about the cuts is seen as an additional disincentive which has shrouded the whole issue in uncertainty leaving consumers to worry about making the switch at the wrong time. Fleet costs have a knock-on effect on the profitability of all businesses. 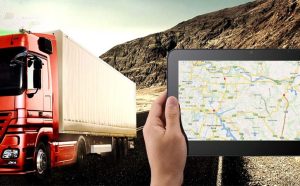 Major stakeholders in the fleet industry including BP Fuel Cards have reacted with disappointment at the cuts and are urging the government to implement long term, sustainable alternatives rather than fleeting grants. Failing to provide a clear road map could derail the progress the UK has already made and slow down the pace at which consumers make the switch going forward.

The government pledged to get more EVs on the road quickly at COP26 so these cuts seem like a step backwards to many experts within the industry.

Why Do Pallet Racks Fail?

Why Do Pallet Racks Fail?