Whether you’re visiting Bristol for business or leisure, there’s a lot more to the city than you might imagine. Located on the Avon River and accessing the Bristol Channel, this fortuitous position has provided the city with an illustrious history and is one of the country’s oldest ports. There are attractions for everyone, from a wealth of art galleries to a zoo and a fun, interactive science museum. Here are some impressive sites that you should include when you’re next in Bristol:

The old port has been renovated and given a fresh lease of life, featuring wharves and warehouses that have been converted for modern use. Here, you’ll discover galleries, museums, exhibitions, the Aquarium and At Bristol Science Museum to name just a few. Be sure to include a visit to the M Shed, a museum dedicated to telling the city’s story, past and present. Getting around couldn’t be easier with the Bristol Ferry Boats who operate 5 ferries on the river with convenient hop-on, hop-off stops around the city. 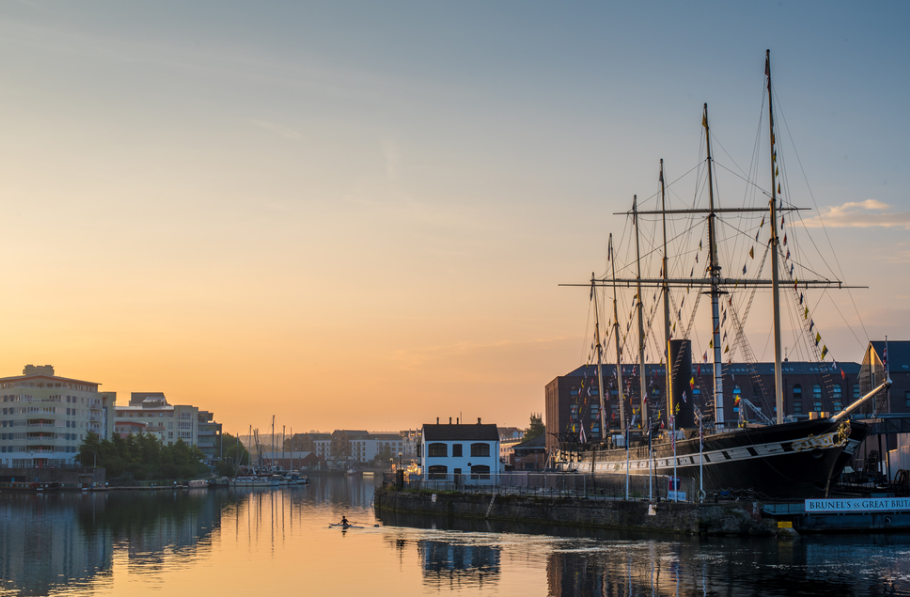 It has taken nearly 600 years for the cathedral to reach its present glory and it started life as the Saint Augustine Abbey. The east was rebuilt between 1298 and 1330, while the centre tower and transepts were finished in the 16th century. The nave and west façade are from the 1800s. It gained cathedral status in 1542. Get to Bristol from Ireland with Irish Airports like https://irelandwestairport.com/

This iconic ship was the world’s first passenger ship to have an iron hull. Its current site is the same as where it was originally launched in 1843. It was the work of the famous engineer Isambard Kingdom Brunel, who included the first screw propellers ever seen on a ship. Visitors can walk along the upper deck and go down to the lower decks to glimpse the luxurious First-Class cabins. You’ll also find the Brunel Institute here, a fascinating site dedicated to the works and life of Brunel.

Another inspiring example of Isambard Kingdom Brunel’s incredible engineering. No trip to Bristol is complete without visiting the bridge. The bridge spans the Avon Gorge, a drop of 260 feet. The bridge was finished in 1864, just over three decades after Brunel submitted his award-winning plans. The visitor centre provides a fascinating look at the construction of this iconic bridge. The bridge’s maintenance is paid for by tolls and has been since its first opened in 1864. Climb the nearby Observatory Hill for the best views of the bridge.

This is an attraction that offers two amazing experiences in one. The beautiful mansion was constructed in the late 1700s and offers a great insight into how the gentry lived on a countryside estate. Take in the glass domed ceiling of the Picture Room, the art collections and large selection of children’s toys from the era including toy soldiers, dolls and trains. The other attraction to see here are the ruins of a Roman villa. The ruins of the Kings Weston Roman Villa are on the estate and you can see evidence of baths, the hypocaust system used and remnants of a mosaic floor. Two history lessons in one!

Some of the most fascinating labs in the world

Some of the most fascinating labs in the world