Mansory had prepared a surprise for the Geneva Motor Show 2020: nothing less than its own vision of the new generation of the Audi RS 6 Avant which, after passing through its hands, increases its delivery and torque by 730 hp and 1000 Nm, in addition to offering a more aggressive image.

And it is that not only conventional manufacturers have been unable to show their novelties in the Swiss event, canceled by the coronavirus, but also European preparers. The Bavarian specialist has not been an exception, nor has Brabus, which has delighted us with the pick-up version of the Mercedes-AMG G 63. 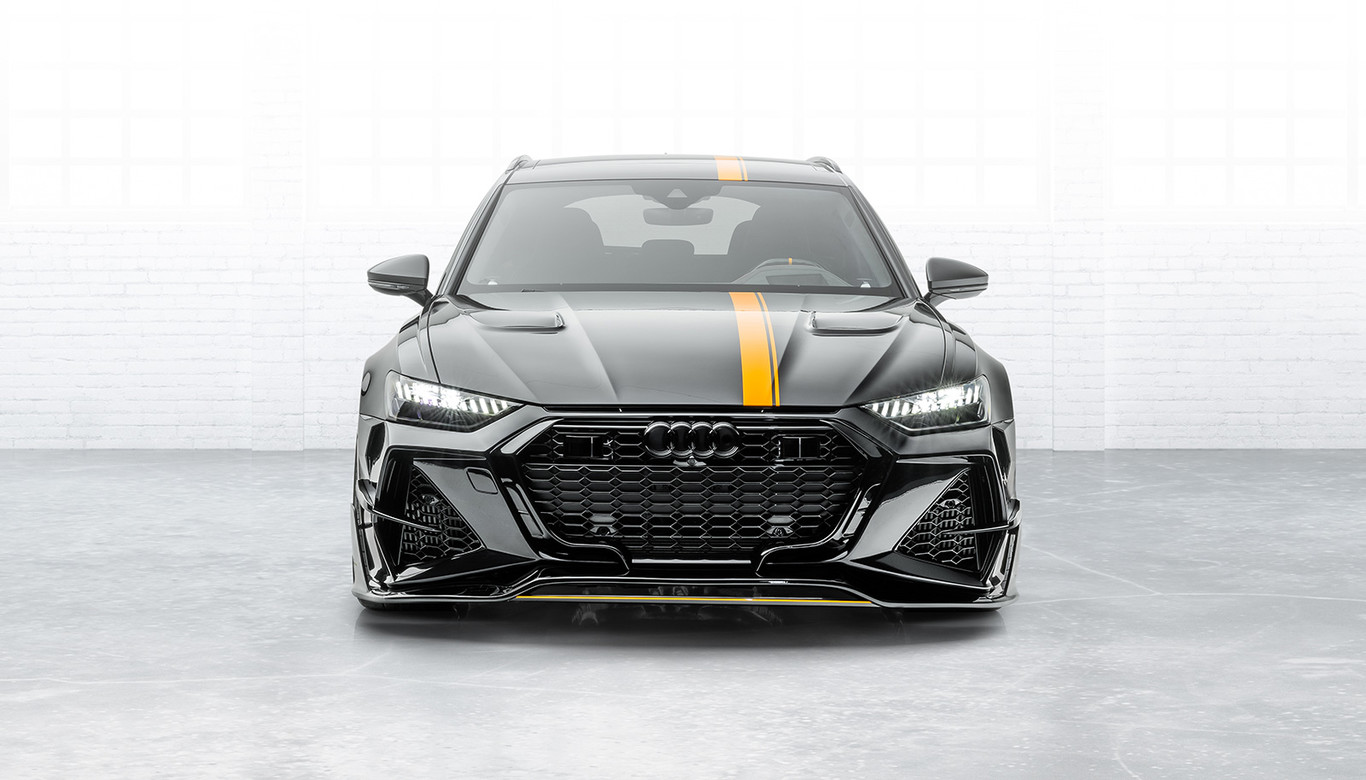 It is the first time that Mansory dares with an Audi model beyond the R8: although the RS 6 is not precisely mundane, the German specialist usually offers preparations in a higher stage. The Bugatti Chiron Centuria serves as an example, precisely its main novelty for Geneva last year.

In this way the four-ring sports family comes into play in the Mansory barracks, which has chosen one of its most emblematic models, the Audi RS 6 Avant, taking advantage of the fact that its fourth generation has just premiered and launched into the market. 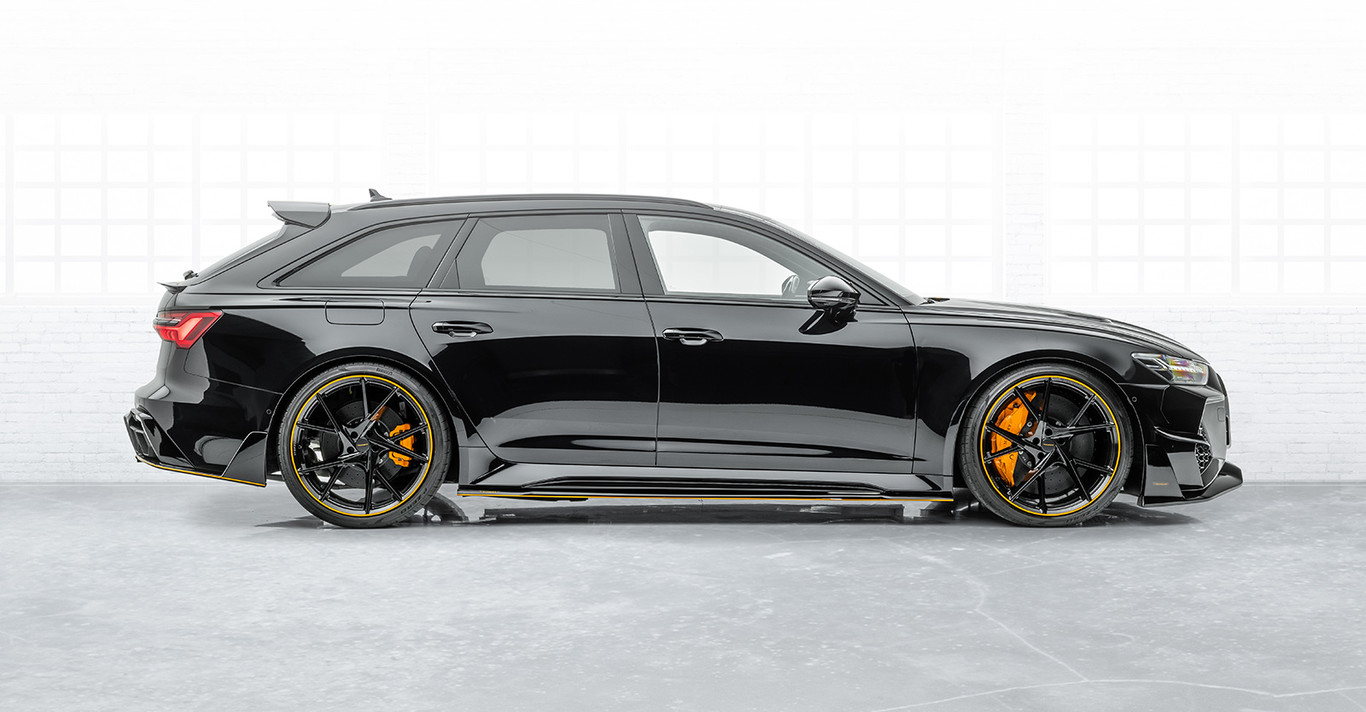 A lot of carbon fiber, even if it’s not visible

Starting from the aesthetic level, the new Audi RS 6 Avant according to Mansory boasts a more muscular front, integrating a new frame for the grill, darkening the logo and making the defenses and the lower lip more prominent.

The specialist also adds a new rear diffuser, replaces the roof spoiler with a larger one with two openings and adds an addition to the side skirts that this family of arms takes as standard. All these elements are of course carbon fiber, to raise their weight as little as possible. 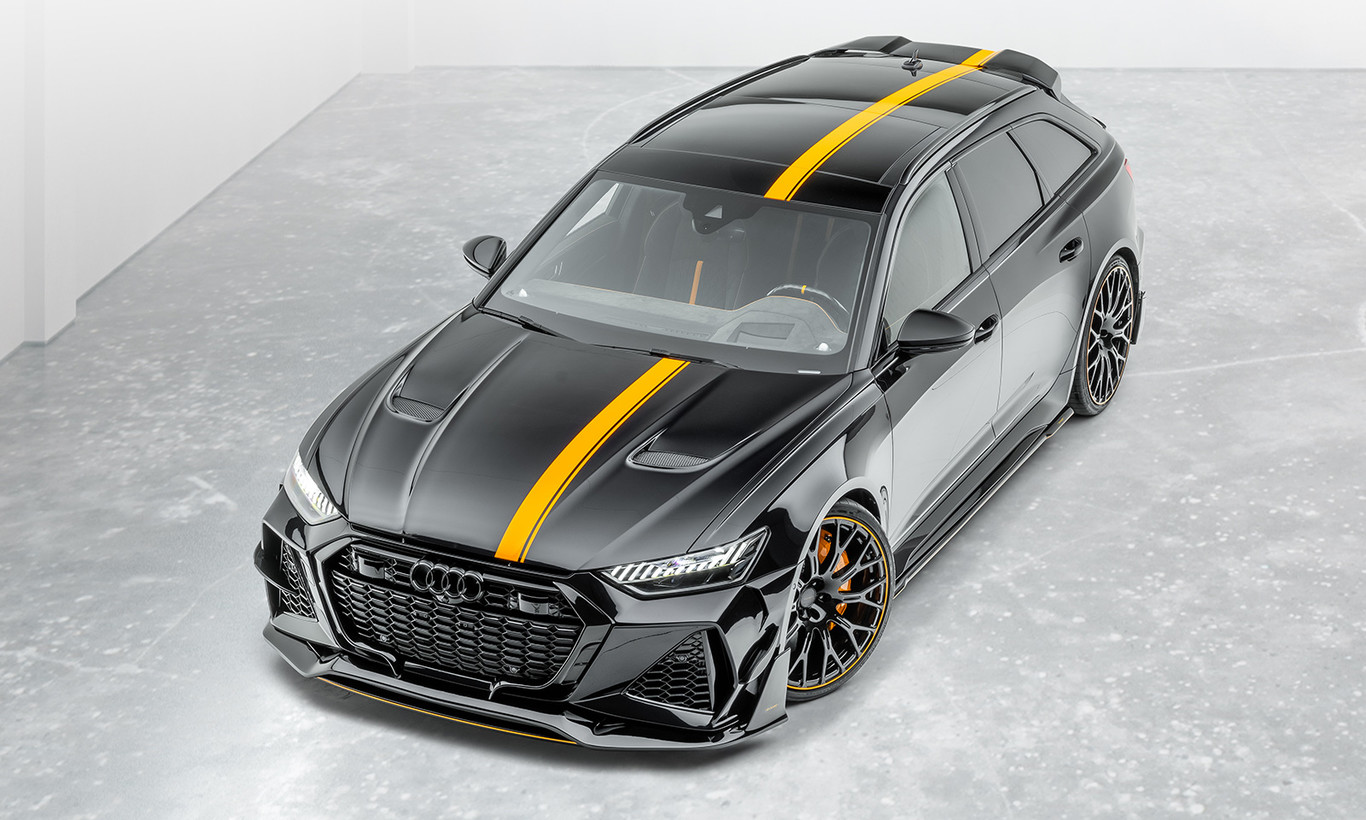 In addition, Mansory wears the Audi RS 6 Avant in bright black, hue that we also find in all the aerodynamic additives of the preparer, in contrast to accents in orange, which we find in the lower area of the side skirts, the front lip or the rear diffuser, as well as on the outer ring of the tires and the line that crosses the RS 6 from the front to the rear.

The set is completed with 22-inch wheels, the same measure offered by the RS 6 production option, YN.10 design and more sporty brakes with orange calipers. 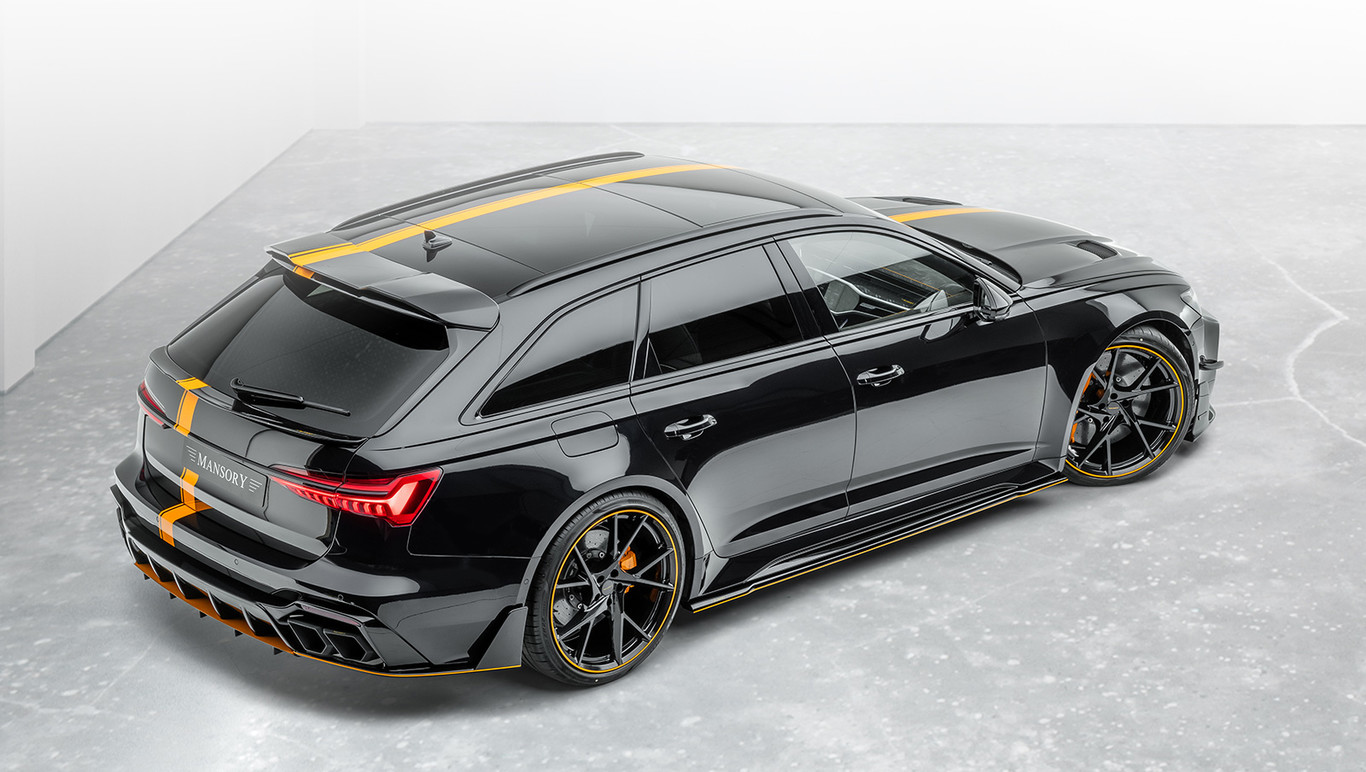 Inside, Mansory’s work is also appreciated, which adds upholstery in Alcantara in combination with leather, while the velvety textile also covers the upper area of the dashboard, the central armrest or the door panels. And follow the outside line, sending black with orange in contrast.

The new Audi RS 6 Avant production mounts a 4.0-liter V8 biturbo that delivers 600 hp and offers 800 Nm of torque, available between 2100 and 4500 laps. A less powerful block, which in this new generation is also mild-hybrid to adjust emissions and does not need any touch-up. 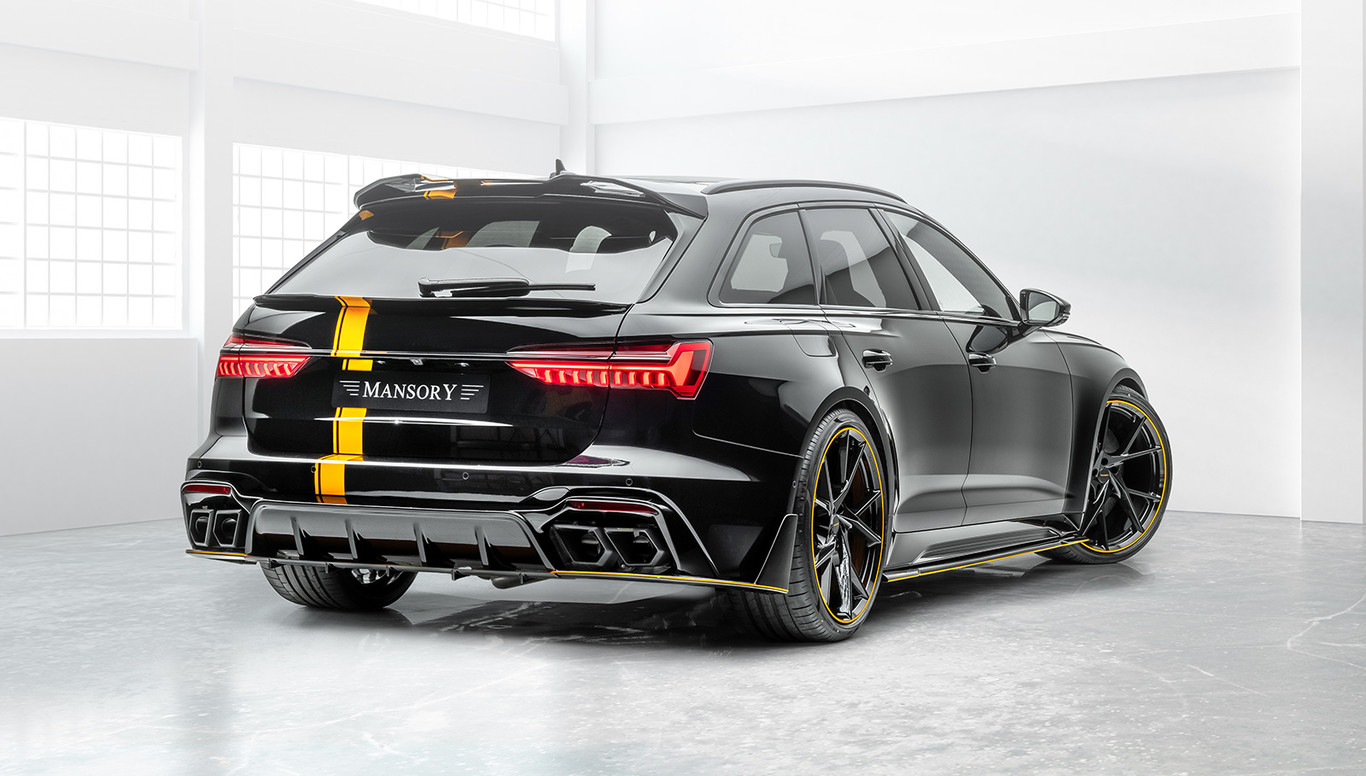 But Mansory, as usual, has wanted to further stretch the power of the family and does so by incorporating a modified electronic management unit and adding a new high-performance exhaust system, with four exhaust outlets distributed two to two. Thus, the V8 of the RS 6 Avant reaches a stratospheric 730 hp, while the torque rises to 1000 Nm.

This allows this vision of the RS 6 to improve its acceleration: it needs to reach 100 km / h from a standstill of only 3.2 seconds, which means four tenths less compared to the series model (3.6 seconds).

However, Mansory does not reveal whether it also improves its maximum speed, which is set at 250 km / h and that can reach 280 km / h and 305 km / h if it is equipped with the optional Dynamic and Dynamic Plus packages.

Did You Know These Green Energy Facts? 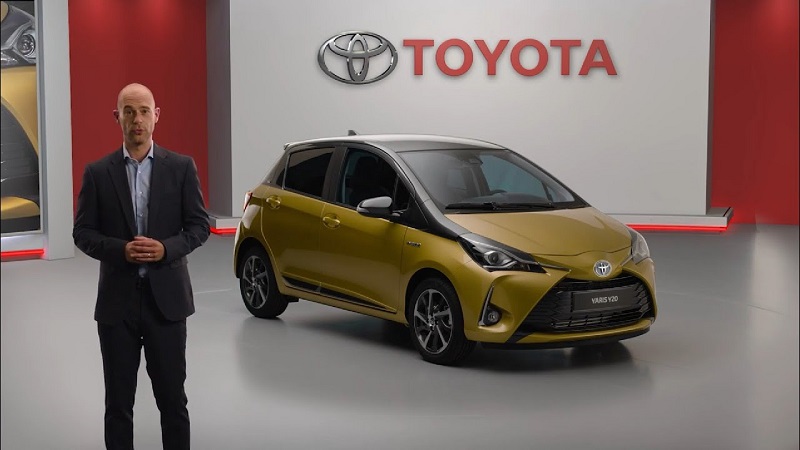