Do you know what is the time of the Planet? Who is the promoter? Or since when is it celebrated? Here I tell you a little bit of your story and I give you a few good reasons to support the support Earth Hour 2020, the time of the planet.

For those of us who like to travel and especially if we like nature trips, the initiative called “Earth Hour” cannot go unnoticed. That’s why this travel and nature blog had to deal with it.

Today, Earth Hour is a symbolic act and a global event that is driven by the WWF, World Wide Fund for Nature. Below I tell you something of its history and below I explain what it consists of and I contribute a few reflections or reasons to add you for Earth Hour 2020. 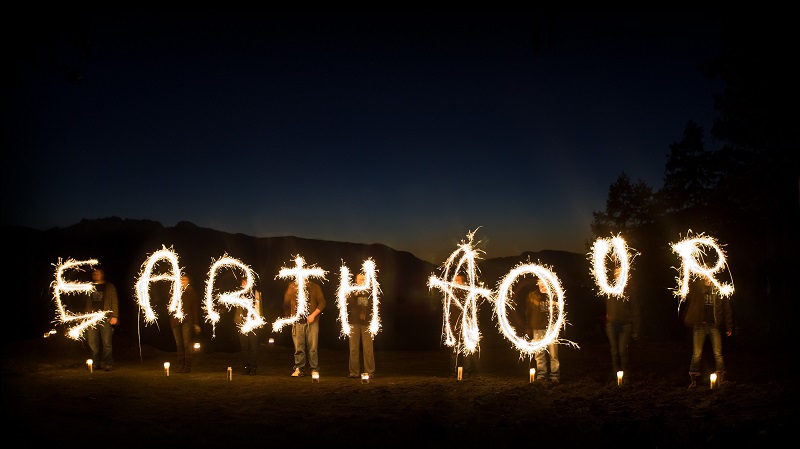 Earth Hour was celebrated for the first time in Sydney (Australia) in the year 2007. It was an initiative of the WWN and an advertising agency. More than two million people who followed the proposal to turn off the lights for an hour joined the initiative. It is estimated that the energy saving in the city during that time was between 2 and 10%.

The following year, 2008, the initiative was followed by some 400 cities in 35 countries around the world and the number of followers, cities and countries has continued to increase every year.

With the passage of time, the celebration has stabilized and always takes place on the last Saturday of March, turning off the lights from 8:30 p.m. to 9:30 p.m. Each country does so at that time so that the celebration lasts all day and as our planet spins, countries are added.

Also, with the passage of time, many celebrities have declared their public support for Earth Hour, among them are characters like Yoko Ono, Spiderman or myself !!!, but why join, what is it or what do we win? ?

What is the time of the planet?

As on that first occasion in Sydney, joining the time of the Planet is to turn off the lights of your house, not watch TV and generally do not consume electricity between 20:30 and 21:30 on the last Saturday of March. You sign up Earth Hour 2020?

But the time of the planet is much more:

Although there are still many people who argue whether or not we are experiencing climate change, they can even agree to support Earth Hour for many good reasons.

These are some reasons to sign up for Earth Hour 2020, but I’m sure you can think of many more. If you want you can write them down in comments.

If one of these reasons convinces you, “activate” during the Earth Hour 2020 and keep active the rest of the hours of the year, with small daily gestures and modification of those habits more aggressive with nature.