Money has been used to get the things that we want for thousands of years in one form or another. It is a way to trade with other people and to put a value on goods. Money itself is only worth the value that is placed on it. It is not known exactly when humans first started to use money to buy goods, rather than bartering and exchanging which was done before. But the ancient Chinese are believed to have been the first to use paper money, and an area in Western Turkey was the first place to manufacture actual coins, around 700BC.

Metal coins became the currency that was used throughout Europe, with each country starting to manufacture their own coins and designate values to them. In China however, the paper banknotes were the currency and were controlled by the emperor – with a warning on them that anyone counterfeiting these notes would be decapitated! 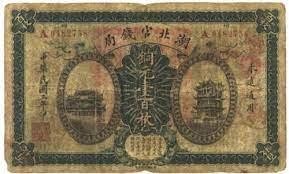 In Europe, the metal coins remained popular up until the 16th Century, when the idea of using paper banknotes was introduced, something that Marco Polo had noted on his travels to China. They were useful to use in places like North America, that had been colonised by Europeans but took a long time to get to and from in those days, so often people who were there ran out of coins – paper money was a great solution to this, and so the first paper money to be issued by a bank was those issued by the bank of England in 1695.

Using banknotes was also a good way to get around the shortages of metals needed to make coins, and as many countries in Europe were at war with one another during those days, it meant that they were not as reliant on other countries for their resources. In France, a succession of wars meant that metal was hard to come by, so the economist John Law assisted the King, Louis XIV in setting up a new system using banknotes to help get around this. 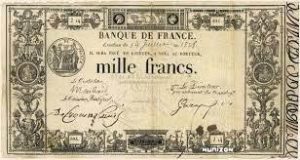 A lot of what we know nowadays about how society was hundreds of years ago we have been able to learn through studying currency – money can provide us with a snapshot of a culture and of the values that were important to them, and how they saw the world at the time. People often find old coins, sometimes when digging the garden, or when walking on the beach and they are always a fantastic thing to come across. If you happen to come across an old coin, contact someone like these Coin Valuers UK based  www.gmcoins.co.uk/ who will be able to give you more information about its origins and value. In the UK in particular, many people have found coins going all the way back to Roman times, so it is always worth keeping your eyes open when you are out and about as you never know where you might come across one!

What do you need to know about free bets, and which sports can you use them for?

Tips to Ensure You Purchase a Quality Forklift

What do you need to know about free bets, and which sports can you use them for?

Tips to Ensure You Purchase a Quality Forklift