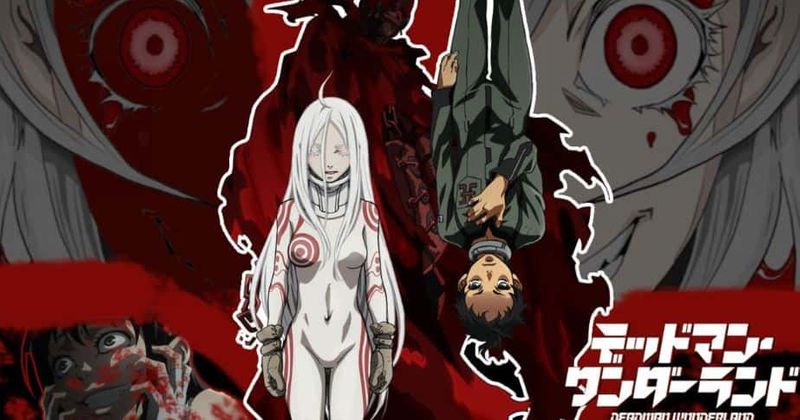 Many people wonder if there will be a Deadman Wonderland Season 2, well today I bring the answer to that …

10 years have passed since “the great Tokyo earthquake” a natural disaster that sank more than 70% of Tokyo into the ocean.

He is an earthquake survivor but has no memory of the disaster and simply wants to live a normal life.

One day everything changed when a mysterious man covered in blood appears in the window of his classroom.

The ” red man ” kills Ganta’s classmates but strangely lets him live and they introduce a crimson crystal into his chest.

Ganta’s life goes from bad to worse when he is accused of being guilty of the horrific murders and sentenced to death in Deadman Wonderland.

Deadman Wonderland is the only prison in Japan run by a private company, built after the earthquake.

Ganta seeks revenge to prove his innocence and will do so accompanied by a person who at first did not remember and who was a very important person in his childhood.

In my opinion this anime had great potential, but not enough attention was given to the scenes of the different secondary characters, since it treated Ganta’s story very deeply but left aside the different stories of the secondary characters that in some chapters became more than important everything and in some cases small pieces of his life were narrated before entering the prison.

From my point of view, it is impossible for a Deadman Wonderland Season 2 to come out; since in Japan it did not have the expected reception (the rating was very low and not very popular).

If the Japanese audience does not like the manga and anime that are released in that place, it is difficult for them to see the light internationally and as this anime was not very liked by the public, I am there halfway and with a manga almost whole to cheer up. In addition, the study that animated the series fell into bankruptcy.